I have spent the better part of this whole week basically doing two things.

1. Listening to and refuting delusional claims by Alabama Crimson Tide fans that their mediocre team is superior to the #3 ranked LSU Tigers.

2. Trying to explain why many LSU fans hate Alabama Coach Nick Saban with the intensity of 1,000 suns.

Not sure that I made much headway on #1, but I came up with an analogy that I think sums up #2 quite clearly. First, let me define the “players” (no pun intended). 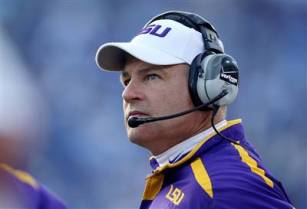 While I was Tag Surfing for LSU/Alabama fodder, I found a tight little blog called 3rd Saturday in Blogtober. There I found a post that asked the question, “Why do LSU fans hate Saban so?” Since I have to deal with Bama and Auburn fans daily and became pretty proficient in my arguments defending #2 above, I had a pretty good analogy to adequately explain the “Saban Hater” phenomenon. It was so effective that blogmaster, Crimson Daddy posted my analogy comment as a post.

Here is the re-posting of said analogy:

Here’s an analogy that might shine a little light on the LSU fan/Saban love-hate thing:

Let’s say you meet a girl and she is the absolute love of your life. She’s perfect. Treats you like a king, laughs at your dumb jokes and generally makes you feel really good about yourself — better than you have in a long time. You spend three glorious years together and you think, “This is the one.” You contemplate marriage and just before you pop the question, she lets you know that while she still loves you, she has bigger dreams — dreams that she can’t fulfill living there, in your small town, with you.

Because you love her, you let her go. Off to her big career in the big city, yet knowing that she didn’t really leave you — she left the small town life for more opportunity. After all, she still speaks fondly of you and you are really good friends.

Then, a few years later, you hear through the grapevine that she’s dating a guy IN YOUR SMALL TOWN that used to beat you up in high school. A guy that you have despised since childhood and who has really been mean to you over the years. We’ll call him Big Al.

You question your old girlfriend about the relationship. “No way. I don’t know how to say it any plainer. I am not nor am I going to be Al’s girlfriend.”, she assures you.

Then, two short weeks later, your Mother calls to tell you that said old girlfriend is moving back to town — you know, the one she said wasn’t big enough to hold her — and get this….she’s engaged to Big Al. Getting married in the Fall.

So, tell me….do you show up at the wedding with a present or a with an axe to grind?

I also added that while you might be happy with your “new love”, you’re still pissed because your old girlfriend lied to you about dating Big Al, your mortal nemesis and you feel that you were never really special, after all.

I’ll get over it once I feel that I have made the ex-girlfriend feel as bad as I felt when I heard the news of her impending nuptials….beating her by 14 points or more in her home stadium.

Make no mistake. This is a big game for the Tigers. A loss would assuredly dash any hopes for a National Championship and likely, a SEC Championship. While it’s an important road game for the team, it is THE game of the season for the fans. The jilted lovers. We want a win. A big win. A “beat their ass into the ground, make their coach cry” win. To show the ex-girlfriend that he made a huge mistake when he left us. To make him, uh her, sorry for leaving us, for lying to us, for betraying us with a bitter rival.

There’s lots of talk in lots of circles that LSU is overrated. That the Tide is underrated. That it’ll be a tough contest. That LSU will be lucky to win this one. That Les Miles has everything to lose and nothing to gain. That Nick Saban “owns” LSU.

As usual, I follow the money. The handicappers set the initial line at LSU -7. That has increased to -7.5 as of Thursday night. That indicates that people are betting LSU and is usually directionally accurate. Considering that Bama is at home (good for 3 points in the spread) and LSU is favored by 7.5 means that bookies are figuring that LSU is at least 10 points better than Alabama. Of course, as this crazy season has proven, anything can happen. However, if LSU gets there and takes care of their business, it should be a relatively easy win.

Maybe with a win LSU can quell some of the delusions of Bama fans and their unnatural mortuusmania concerning Bear Bryant and the incessant exaggeration regarding National Championships. Here’s a newsflash for the Tiders: 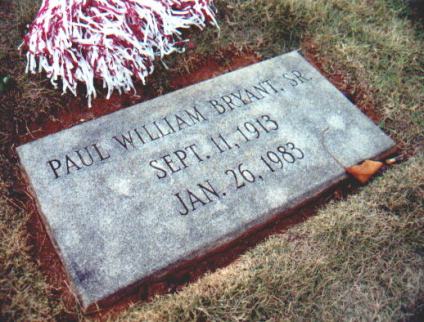 No matter how they may squint, Nick Saban is NOT the new “Bear”. He ain’t even the old Nick. Come Saturday night, LSU will be “over” the old coach. The new coach will see to it, crazy bastid. So, for all those Bama fans, I have three words:

In the Air Tonight

How many Bama fans does it take to change a light bulb?

Posted by music maven on November 1, 2007 in lsu football, lsu vs. alabama