Tag Archives: Charlie’s all growed up

Clapping As Hard As I Can… 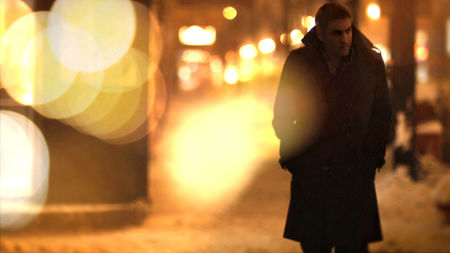 The link takes you to Jake Davis’ blog.  Davis is the director of the video and I must say that I like his style.  He’s managed to capture alot of what I think Taylor Hicks wants to portray.  He creates that “alone” James Dean feel, complete with the overcoat walk in the snow on deserted streets…even the diner scene.

The video is good.  It’s just the right amount of highlighting the artist, storytelling and showcasing the song.  Well done, Mr. Davis.

I have to say that Taylor has never looked better.  As I mentioned in an earlier post, his new What’s Right Is Right is a pleasant-enough song that seems to be catching on a little with a #25 position on Billboard’s Hot Contemporary Chart.  It also looks like he’s embracing his inner Idol with last weekend’s appearance with the other six idols to christen Disney’s “American Idol Experience”. 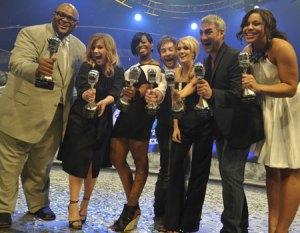 Taylor’s CD, The Distance, drops March 10th and again, I think we’ll see an Idol appearance around that time.  Could it be that Idol #5 will finally start to gain traction?